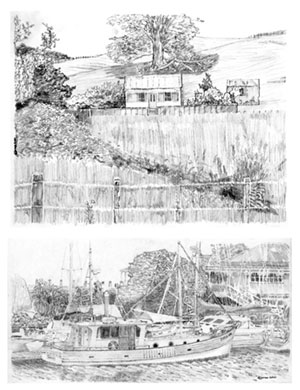 Darren called in to see me about having a couple of pencil sketches printed onto canvas. Darren runs a business doing architectural drafting. As a side interest Darren has been drawing freehand pencil sketches. He was keen to see these two printed and mounted on canvas.

I scanned in the drawings, resizing and printing them. With the black and white abilities of the Z3100 printer, the sketches came out looking marvelous. The top image of the house will be a gift for Darren’s mother, while the other of the launch will be proudly displayed in Darren’s office. 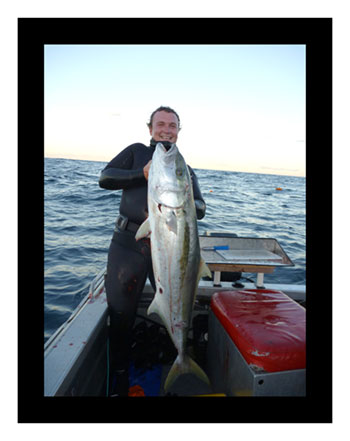 Marcee came to see me about having this great photo printed onto canvas. This is a picture of her brother with a Kingfish he’d speared just out from the Whangarei Harbour entrance.

Marcee decided to have it enlarged to A2 size – a big size to match the fish!

Welcome to 2011! With a week of work already underway, Photo Enhancements has hit the ground running with more orders to complete and new projects in the works. The season starts this year with discount specials on multiple order prints. We’re also doing one print specials on request. Tell us your requirements and we’ll be only too glad to help.

What a great summer it’s been so far – weather and work wise. December especially was a record month as more artists joined up to get high quality canvas (giclee) reproductions made of their work. Also a big thanks to all the professional and amateur photographers for using my services.

Next year is looking to be a big year. I’ll be taking a well earned break until January 10th, but will take enquiries on Dec 30 and 31. Have a great break! 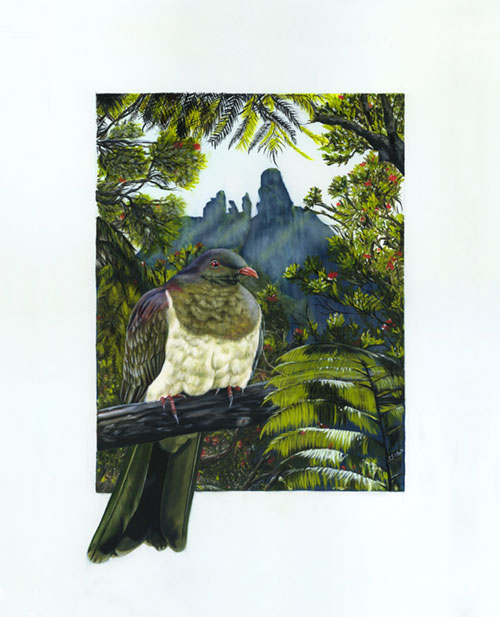 Up and coming talented artist Sandra Whyte contacted me about having her art works copied as giclee reproductions after being recommended by artist Steve Moase (see previous blog post).

Sandra had seen my print work at the Tukaha Gallery in Tutukaka and wanted the same high quality. She brought me this painting of a New Zealand Wood Pigeon (Kereru) with Mount Manaia, Whangarei Heads, in the background. Measuring 22 x 28in mounted, I scanned in the painting a portion at a time, joined it all together then printed out a canvas proof to match the colours with the original.

Sandra loved the final print, showing all the detail and colour of the original – she says she’ll definitely back with more paintings. The painting is titled “Birds Eye View” and the reproduction will be on show and for sale at the Tukaha gallery over the Christmas period then at the Parua Bay Gallery. Sandra has more of her work online at: Sandra Whyte – Artfind 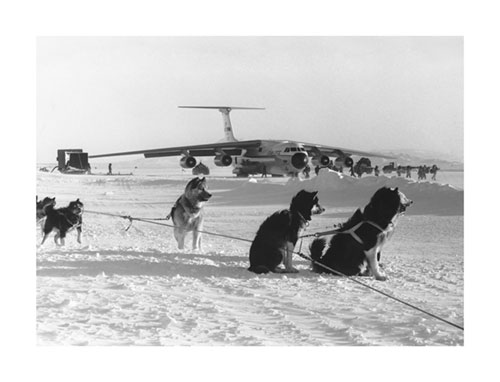 The Toias came to see me about having this and another photo scanned and printed onto canvas. Mr Toia had served with the New Zealand army and spent time down in Antarctica. This photo shows the New Zealand Husky dogs with a US Starlifter transport  jet in the background.

The Huskies were removed from service in 1986. The original photo was 12 x 17cm and enlarged into a wonderfully detailed canvas print 53 x 40cm size in perfect black and white. 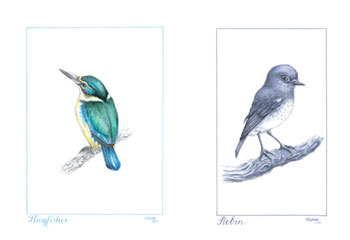 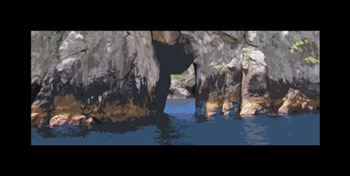 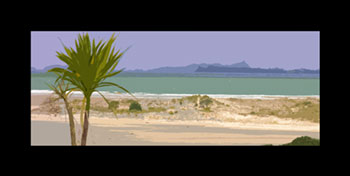 A big project just completed for Steve Moase, a painting and fine sketch artist based in Tutukaka, Northland. Steve had used my services last year to print some giclee canvas reproductions of his art works. It was very succesful so Steve decided to print more examples of his work.

First also this year was an introduction of fine art print paper – specifially Breathing Color’s Elegance Velvet 310gm textured 100% cotton rag paper. This was used to print the sketches you see here of the birds and “Ngunguru Sanspit”. Steve was blown away by the quality, he couldn’t see any difference between these and his originals.

Steve has all his works and other artists’ work on show at the Tukaha Gallery, Tutukaka over the summer holidays. The bottom two canvas prints are titled “Poor Knights” & “Ngunguru from Pat’s” 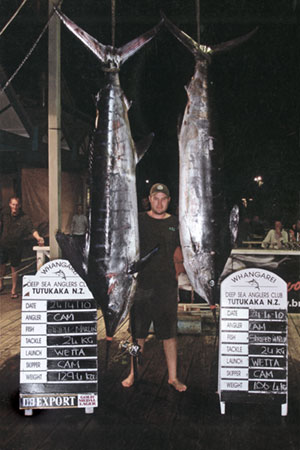 Christine was so impressed with the pet lamb reproduction (see previous blog post) she called back a few days later with this photo to be put onto canvas. It’s a picture of her son, Cam, with two Marlin. Nothing special you might think? Not quite. He actually caught the two fish on his own – as in he was fishing on his own, hence no photo of the boat skipper – he was it!

All Christine had to work with was a small 6 x 4 photo, with another image that showed the weigh in blackboards with more clarity. I blended in the two photos, enhance the image and made a 12x18in canvas print. 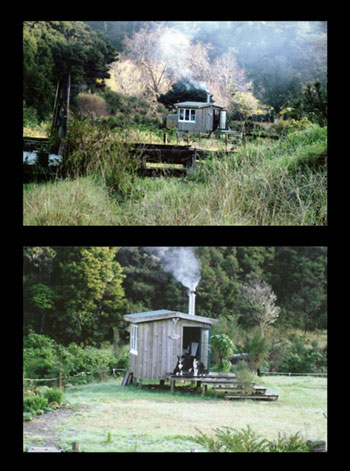 With Christmas rapidly approaching the orders for canvas prints has rapidly increased, with attention to the blog being left in the background. This print on canvas was done a couple weeks ago. Mike had a couple of 6 x 4 snapshots of his family bush cabin to be put onto canvas. Situated in the Mangamukas of Northland the cabin has been a feature for many years.

The photos were scanned at a high resolution, enhanced, then printed onto canvas with a black border surround. The canvas made a nice 12 x 18inch print.

I had a friend talk to me about a canvas she’d bought online and show me how it looked. It was on special at 1/2 price and seemed like a really cheap deal compared to what I was offering.

When I looked at it I was shocked at the poor quality. The canvas fabric itself was thin, there was no coating, with the ink already flaking off and scratches apparent. Where the canvas had been folded around the edges, cracking was evident.

The colour tones were all wrong and the image not very clear even though the original photo was crisp and clear. The frame was ok but looked hastily put together.

A previous customer also had a few comments to say upon comparing a canvas print I’d done with some she’d had made in Auckland: “Hi Neal…print looks awesome! And definitely better quality than the other printer i’ve used…yours is distinctly sharper & clearer…interesting too that you didn’t have to do anything, and there was that much diff…”

At Photo Enhancements, quality is paramount with the canvas, coating, inks and custom made frames used. It’s a pity more people don’t realise that all prints are not the same. The famous saying from Gucci, “Quality is remembered long after the price is forgotten” is certainly true.